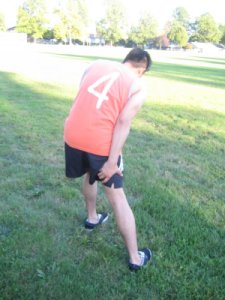 Diagnosis is not particularly difficult and can be managed at home with appropriate treatment. The information mentioned below should not be substituted for medical diagnosis or advice. Always seek medical attention when necessary. To learn more about treating pains in the different parts of the body, enrol in First Aid Courses, equipped with St Mark James training, to learn how to properly respond and handle medical situtations.