Although biologic weapons of terror including chemical and radiologic in 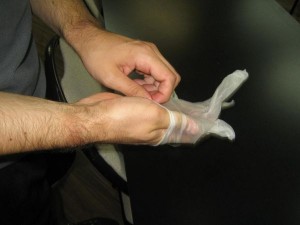 nature are not everyday agents, these formidable weapons of mass destruction can is becoming an increasing reality wherein health care workers should be constantly prepared in the likelihood of a terror attack using weapons of terror.

Biologic weapons are weapons that spread diseases among the general population in a community that is the target of the terror attack. The military is also the main target of biologic weapons by terrorist or renegade military extremist groups wherein their goal in using biologic weapons is to severely incapacitate a target’s military strength. The use of biologic weapons dates back as far as history can tell, however, improved technology, production techniques and impeccable genetics engineering have greatly expanded the potential for the unsolicited manufacture and use if biologic weaponry which is specifically created to inflict widespread casualty.

It has been mandated by the union of nations (United Nations) and the World Health Organization that rational governments frown on using biologic weapons offensively. The main argument cited by experts in the field of medicine is that the use of such weapons cannot be controlled once it is released by a terrorist faction as an offensive attack could potentially cause their own weapon to backfire and affect not just a target community but neighboring communities as well. An agent such as smallpox or similar other airborne viruses would certainly spread like wildfire across the continent and the entire world. Although this stands true for “weaponized” viruses, bacteria agents on the other hand are easily modifiable which can be better controlled.

The ideal attributes of a biologic weapon terrorist organizations would use against the human population are high infectivity, high virulence, non-availability of vaccines and a fast and inconspicuous but efficient delivery system. The health care delivery system of highly urbanized communities should have an effective emergency operations plan in combating biologic weapons. Another primary difficulty health care facilities could potentially face in terror attacks involving biologic weapons is the risk of being infected themselves as a result of an influx of disease stricken victims of a biologic attack. Effective contingencies and protocols should be present in cases wherein biologic weapons inflict mass casualties to the general population.

Biologic warfare is a covert method of effecting terrorist objectives of inflicting mass casualties. Nowadays, biologic weapons are easily obtained and easily disseminated which can result in significant mortality and morbidity. The potential use of biologic weapons and agents calls for continuous increased surveillance and monitoring as well as constant preparation by health departments and local community health facilities. Biologic agents are delivered in either liquid or dry state, applied to the local water delivery system, vaporized for inhalation or direct contact. Vaporization is the most common method of delivery which can be accomplished through spray or explosives loaded with the agent. With the increase of business and travel especially in densely populated countries, these countries become the prime target of a terrorist attack wherein biologic weapons released in these highly dense places could have disastrous effects which would even spread to neighboring communities that are several hundred miles away.